Jam Session Music School, authorized by the Department d'Educació de la Generalitat de Catalunya according to Decree 179/1993 of July 27, offers a wide range of levels of musical training according to the needs of the students and provides the necessary knowledge to access any course of Professional Degree in Music, as well as the Bachelor of arts - Music. 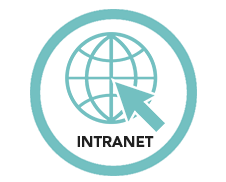 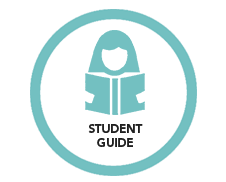 The Professional Studies Program is designed so that students acquire the necessary skills to be able to continue with the Higher Music Studies. It is divided into three levels, in line with the European Qualifications Framework (EQF):

All subjects are compulsory. Observe the peculiarities of some of them:

The Infant / Elementary Studies Program is structured in five levels, grouped into two stages; two levels in the first stage and three levels in the second. The age of the students is between 3 and 10/11 years. Throughout this period, song becomes the backbone of the environment in which the entire teaching / learning process is structured.

From the discovery of sound and silence, the knowledge and distinction of the qualities of sound (height, duration, intensity and timbre) and its attributes (high-low, long-short, loud-loose, with the own sound of voices and instruments).

Each of these attributes includes those elements that are typical of conventional musical notation (musical notes, rhythmic figures, dynamics and means of expression). So being able to distinguish, recognize and use each one of them finally leads to the understanding and correct use of the musical language, and therefore of its reading and writing.

At the same time, in an eminently sensory way, rhythmic aspects such as pulsation (regularity and variation), different rhythmic schemes and their translation in movement are worked on, progressively attending to the increasingly precise synchronization with the sound stimulus.

In all this process, the three basic elements of musical awareness contemplated such as song, dance and audition (live and recorded without losing sight of the rigor and the necessary requirement in everything) will always be present as a starting point and benchmark of performance. the teaching-learning process) in all the activities, which will try to be framed within a playful context that encourages the child to participate and makes the effort he makes every day enjoyable and rewarding.

The final objectives of this stage are considered consolidated when the child is conceptually prepared and mature to begin learning the conventional musical language, at which time the second stage of the Children's Program can begin.

Throughout this stage the student will discover the elements of musical, melodic and rhythmic language slowly and progressively so that they allow him to assimilate and internalize each one of them in an experiential and practical way.

At the end of the First Stage, the student is already able to distinguish very precise high and low sounds, such as the sun and E notes. The duration of the sounds that you can also differentiate will have the same relationship between the figures of quarter note and eighth note. From these capabilities it is possible to start advancing in the conventional field of music reading-writing.

The elements, melodic (musical notes), rhythmic (rhythmic figures) or dynamic (strong, loose, crescendos, ...) are always found in the context of the songs, some learned in the previous stage and others presented again, so that Its expressive utility is constantly present in an eminently musical environment.

The notation is done from the first moment in both Treble Clef and Fa clef, which provides better reading agility and will facilitate access to a wider range of instruments in the future.

Throughout this stage the students begin the study of the instrument, the choice of which is intended to be facilitated by making all those who are present at the School known through auditions during the classes of other students. Students are also introduced to the field of harmony, both through short two-voice reading exercises and through the interpretation of themes with various instruments (metalophones, chimes, xylophones ...).

With the value and importance of the song throughout the learning process, it goes without saying that, at all times, the voice is given the relevance it has and deserves as a musical instrument and as an essential work tool in this phase.

The final objective of the Stage is, above all, the sensitization of boys and girls within the musical fact and the acquisition of the necessary knowledge to make language a useful tool to continue advancing in the knowledge of music and achieve this, a means of expressing their own sensitivity that helps them in the maturing process as people.

The Free Studies Program allows the student to advance in an orderly manner, although it is outside the official process of exams and certifications. It consists of offering the same knowledge of the professional program, but without demanding mastery of its subjects.

With three subjects spread over three hours a week, we ensure global knowledge that allows the student to access the flexible or professional program at any time, whenever the teacher or tutor advises it.

Indispensable for the assimilation of the basic concepts of musical language and the development of the student with his instrument.

Among other contents, apart from the history of music and its impact on today's society, include studies of theory, harmony, arrangements, composition, aesthetics, philosophy, language, ear education, improvisation, analysis... that ensure training multidisciplinary and comprehensive musical.

Individual Instrument is in an exclusive student-teacher class in which the technical aspects of the instrument are studied: position, repertoire, reading, understanding, history, styles, etc. 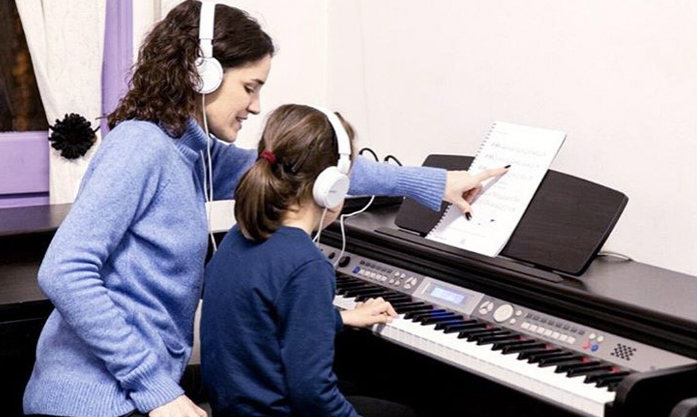 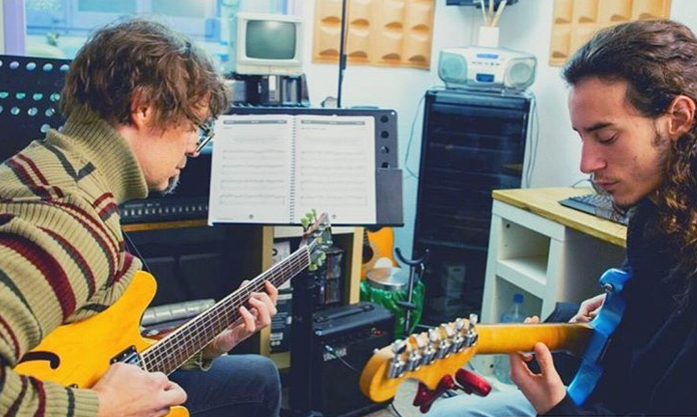 General musical comprehension is worked on in a practical way. All musicians, regardless of the main instrument they master, must be able to defend themselves at the piano accompaniment level, since the keyboard offers a very clear vision of how the voices work at the harmonic level.

As a complement to music computing and new technologies, it becomes an exceptional ally of the student. It is a subject that, without the need to delve into advanced piano techniques, allows you to easily enjoy music and, most importantly, understand it. 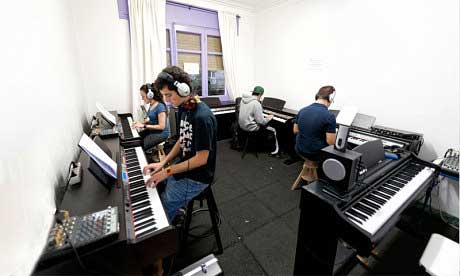 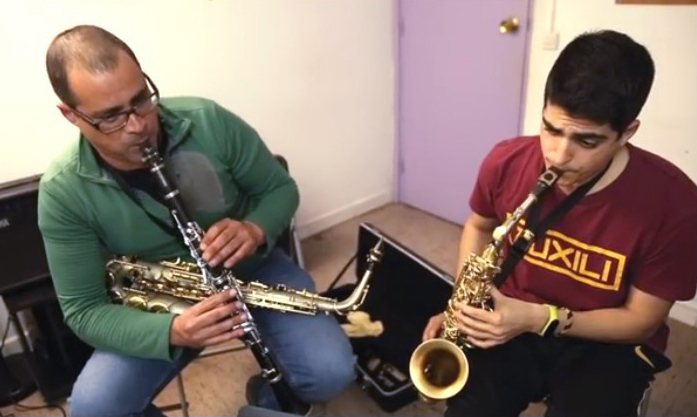 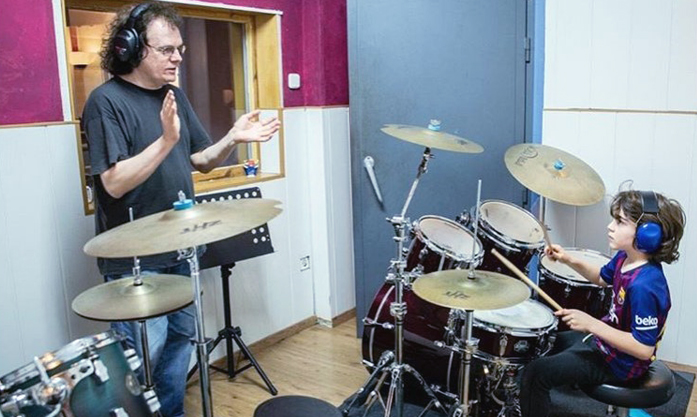 Based on the relationship between the different elements that make up the main formations from band or group or orchestra, from the most classical to the most contemporary.

Concepts such as the "groove" of different styles, pulsation, speed variation, equivalences of rhythmic figures, improvisation, creation of own rhythms, complex structures, polyrhythms, application of different measures between the different sections on the same subject, sound experimentation are studied. and applied composition.

As larger formations, there is also the String Orchestra and the Big Band. It is recommended that all students pass at least one course through any of these great formations to learn to work with the different scores of the various orchestral instruments, and to apply techniques such as background, solo, or the main orchestration techniques. 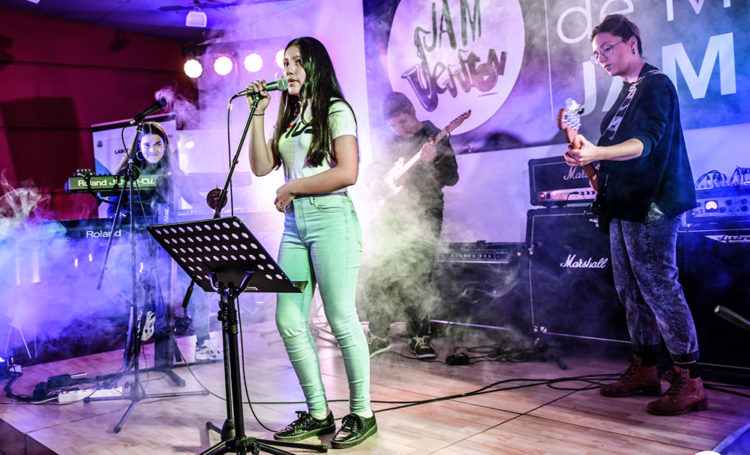 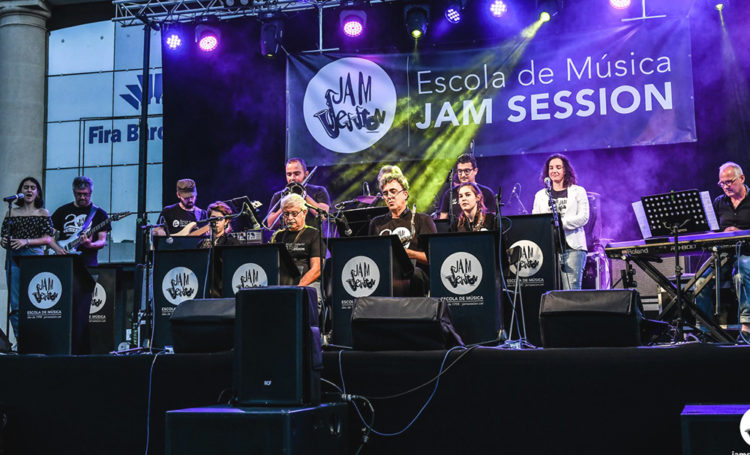 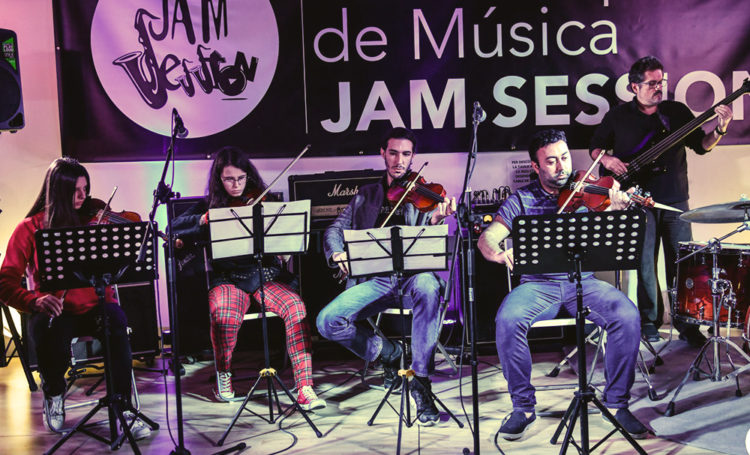 For years we have seen how modern students do not always know how to recognize basic aspects of traditional harmony. Historical Harmony is an important subject to understand the evolution of a science through its history and the different applications, and its various nomenclatures.

A course to enjoy, once you have quite clear harmonic concepts. 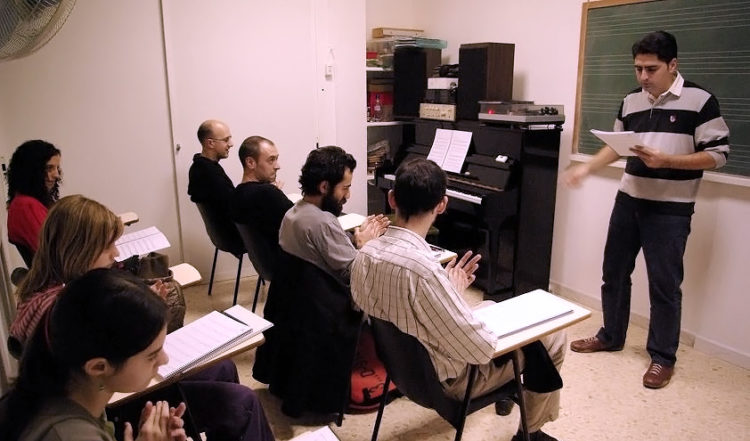 Subject that studies the basic principles of the world of contemporary sound production. From the pre-production of a demo, with the subsequent production of an album with its own sound, arrangements, mixes, etc ... to the last phase of post-production and mastering.

Commercial aspects for advertising and a small BSO module (music for original soundtracks) are also studied as a complement in the Music and Image relationship. 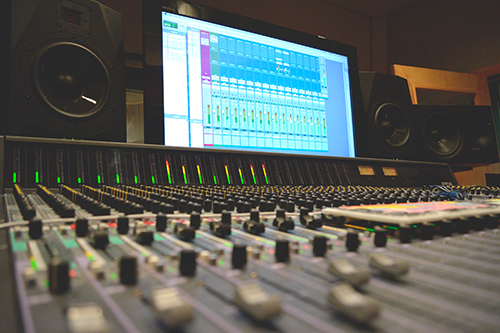 Teaching material designed for educational centers associated with Jam Session. A collection of nine books for each instrument, created by the professors of the Jam Session School of Music, with everything necessary for class monitoring and exam preparation, organized according to the Professional Study Program. 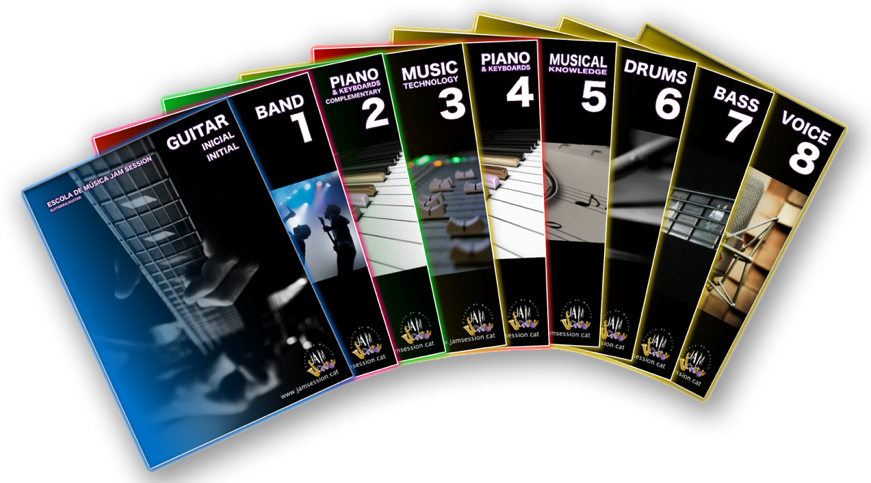