THE SECRET CITY OF ROCK (CD-BOOK) – By Luis Blanco Patús

THE SECRET CITY OF ROCK

In summer of 2011, a Barcelona Rock band (Free to Dream) offered on tour in the Baltic Countries what was the first Rock concert in Karosta. Ghost town abandoned in a single day after the march of the Soviet troops and to recover Latvia its independence. What they never imagined was discovering on the other side of the Forbidden Bridge, the Secret City of Rock.

After the dismantling of the Soviet Union, a Danish multimillionaire had bought the immense abandoned buildings of the KGB secret services, building on them a city dedicated to music, with clubs open 24 hours a day, concert halls, recording studios, Hotels, bars and restaurants. All with a common denominator: Live music. Thousands of people travel every year to the main festival of this city to enjoy the most alternative tendencies that meet there, while they act unknown bands of the whole planet. This book shows how that ex-Soviet enclave lost in the Baltic resurrected thanks to the live music, being considered today nerve center of the independent musical creativity and one of the best kept secrets of the vanguard of the world-wide Rock.

An interesting CD-Book, written in its entirety by Luis Blanco Patús, profusely illustrated with full-color photographs, and also complemented by an audio CD interpreted and recorded live by the teachers of the Jam Session Educational Centers during the Concert in the Secret City of Rock, and published on the Jam Session Records label.

Luis Blanco Patús is a Rock singer from a very young age in the underground movement of the 80’s and has come to accompany artists such as Ian Paice (Deep Purple) or Vinny Appice (Black Sabbath, Dio). He toured in Germany, Switzerland, Croatia, Slovenia, Latvia, France, Italy, Portugal, and even Cuba where he performed the first Rock tour that visited the island under the Castro regime. The Rocktammbulo album, recorded in analog and vinyl edited, was considered the Best Progressive Rock Album 2011. He also serves as a music producer for other artists on the Jam Session BCN Records label.

He has published books of essay and research and among his most outstanding works is: ¿Llegaré a esa nota? Técnica vocal de los grandes del hard rock (Lenoir Ediciones) in which participate singers like: Ian Gillan, Glenn Hughes, Graham Bonnet, Joe Lynn Turner, Doogie White, Kevin DuBrow, James LaBrie, Don Dokken and Miguel Ríos. He currently serves as director of the Jam Session School of Music in Barcelona, ​​while continuing his role as an eclectic singer of the most diverse trends. 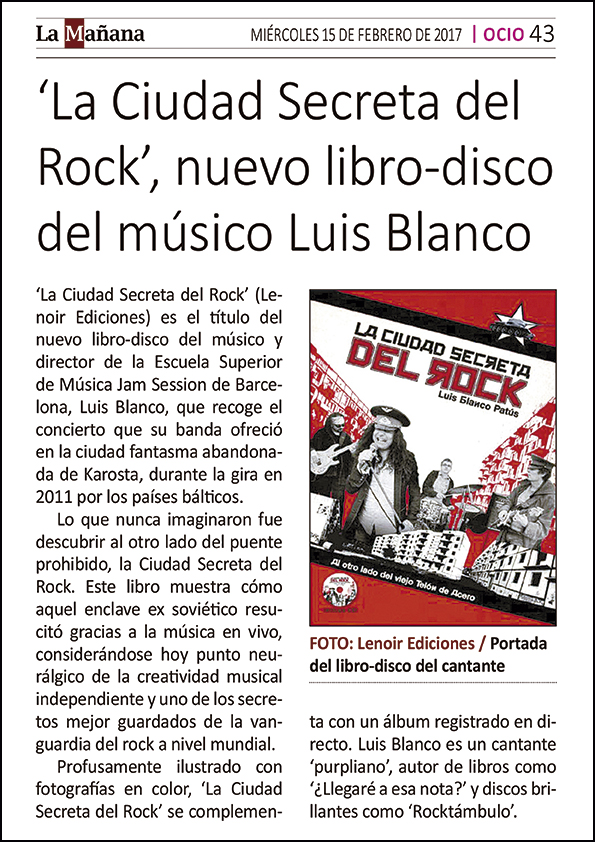