Don’t miss the documentary issued last March 12 in Crónicas of RTVE 2 program.
Crónicas traveled to Barcelona to present the School of Music Jam Session, the first that has managed to launch in Spain an advanced degree or college degree Rock, New Trends and Urban Music.
With three specialties: Interpretation Sonology and Pedagogy. The curriculum focuses on music (harmony, composition, improvisation, music band …) and their environment (history, technology, marketing …), with special attention to new forms of creation, expression and musical diffusion.
School Jam Session In the following entrance exams for June are prepared. The next course will be 30 students who begin the journey through this new territory won by the rock.
It has been nearly eight decades since the rock began to move skeletons and consciences. He was born in the US in the 50s, the fusion of various styles, mainly blues blacks and whites country. A mestizo, simple and straightforward music that encouraged a revolution and turned the fields of culture. The rock soon became a way of understanding life.
Since those early days, from those pioneers, rock has taken a thousand ways, has reinvented a thousand times, a thousand times he has returned to the origins. And keeps intact its transformative power, its vital impulse, his spirit.
That spirit, and nothing else, is what has led to the most demanding classrooms. Yes, now the rock is also a superior race, a grade. Matter of logic, classical music has its degree, also jazz, how the rock would not have it? It was a matter of time, effort and risk. It’s done. 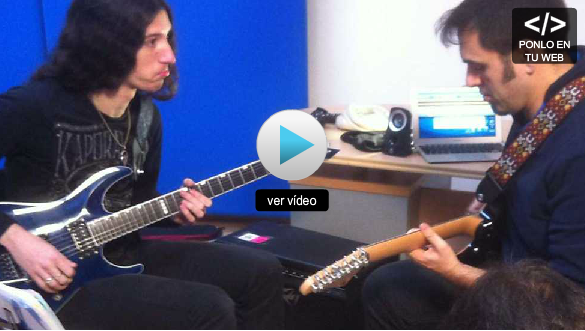 A restless guy. Singer hair, jeans and cowboy boots. A rocker Book: Luis Blanco. He came to music by pure hobby, pushed by the White Magic Made in Japan by Deep Purple. She was very young, left his job as milling and began to sing in different groups, for the way he saw the need to study music, and then began teaching. At first it was just a way to round income, but teaching ended up being a central goal, an end in itself. He also had his own ideas about it, so I threw risk and Jam Session in 1998 opened his own music school, to teach modern music at the elementary and secondary levels.

A little over five years began to haunt the head the idea of ​​creating an advanced degree to complete the training course in the field of Rock and New Trends. The support of his closest collaborators definitely brought the issue up.

It has not been easy. A real obstacle course, a string of requirements sauteed in decrees binding. That if the project business, if the appropriate infrastructure, the precise spaces, established measures, hits … And above all, the training plan.

In the bureaucratic journey to La Font de la Guatlla, the Barcelona neighborhood where the School Jam Session is, let hear his voice in favor of the project. The Association of neighbors showed their support for a project that would be part of so-called Campus Barcelona, ​​a cultural environment that includes teaching centers and artistic expression. 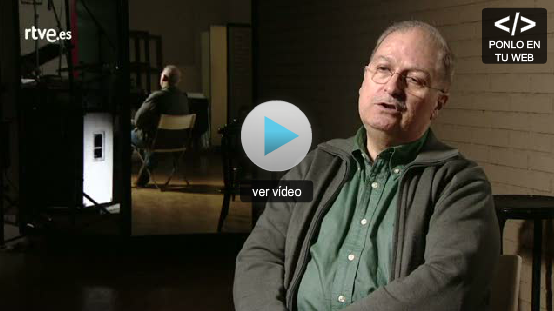 Finally, in July 2014 the project was finally approved. The School of Music Jam Session could impart the Superior Degree in Rock and New Trends, an official title recognized by the Agency of the University System, and within the European Higher Education. Two months later, with few registered due to the haste, the first admission tests were performed. Only 5 students got into the inaugural course.

The training proposal for the four degree courses deals with different aspects about the musical event. The instrumental virtuosity and the ability to compose, to create music is enhanced, but also affects the knowledge of the technology at the service of music, or the marketing and business, or pedagogy … And all with an orientation of future, fostering exploration in a picture, the musical, in a constant state of change. 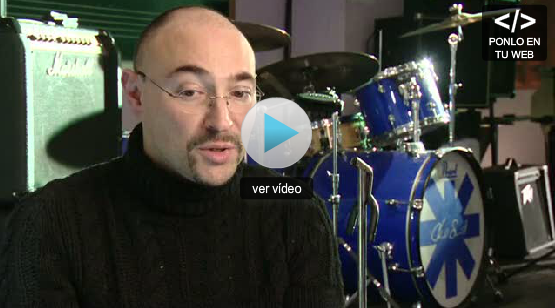 The subject is the only instrument that each student is taught alone. At the end of the race, the graduate must be a virtuoso performer of the instrument of your choice, you must know all styles and improvise with maximum ease. Besides training in a second instrument is offered.

Instrument and Group (Banda) are the subjects with more weight in the race, which alone is taught throughout the degree. Pedagogy is a common subject in the first year of the three specialties. Has an explanation: when loosen the concerts, the “pins”, the musical education is the main source of income for most music professionals, hence the importance of managing effective music learning techniques.

A profitable future – Luis Blanco, director of the School of Music Jam Session 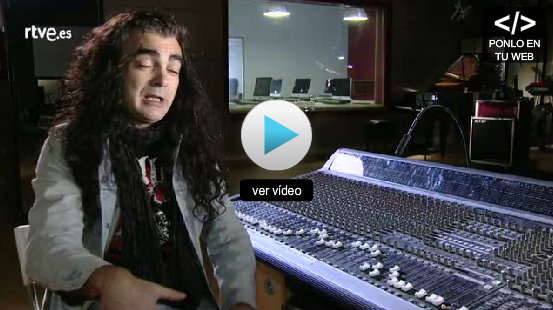 With his guitar in his hands, Professor Albert Faz speaks with infectious enthusiasm. “When you get to touch enter another world, he says, active other brain areas, and really is like therapy.” Albert confesses lucky, working on what you are most passionate. As he everyone else in Jam Session, whether teachers or students. Many of them, almost all music encountered before putting your feet on the ground, and no resistance. Living connected by the bond that identifies them as members of the great tribe, rockers. 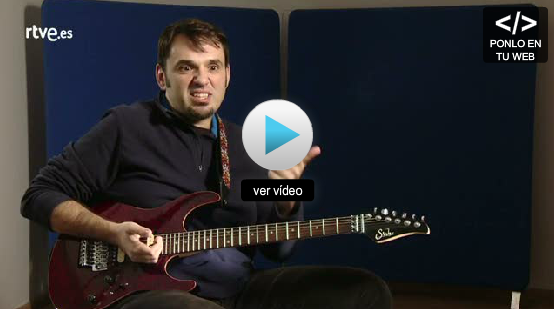 Gilles Estoppey is expressed difficulty in Castilian, as head of Belgian globetrotter languages ​​coexist as they can, but when sitting before the Fernder Rhodes and starts to slide his hands on the keyboard is easy to understand. Gilles teaches piano and band. Another wanderer, Riccardo Massari. A sound alchemist in permanent search. All you hear is likely to become music for this Italian, lean and friendly, sonólogo, composer and multi-instrumentalist. A couple of years ago developed the Tarcordium, his invention, electro acoustic instrument, “archaic and futuristic” he says, that in his hands, can transform the heavenly music in a satanic scream torn, and vice versa. Riccardo is Professor of Acoustics and Auditory Perception, in-class sound is dissected and everyday soundscape, the harmony of life is also discussed.

Albert Gilles, Riccardo, and others: Rafa Escoté, a historical master of the electric bass (was part of that mythical Pegasus that shook the jazz-fusion scene in Barcelona 80), Pepe Balasch, one of those totals musicians tocandirigenarreglanimpartenyloquesea, Maite Vernet, the pedagogue embarked on the First Great Books of the Rock (much more than a list of artists, group or styles) … new stuff teachers, trainers of college graduates in Rock, New Trends and Urban Music, a challenge, one responsibility assumed with the sense of peril rockers. Somebody had to make way. 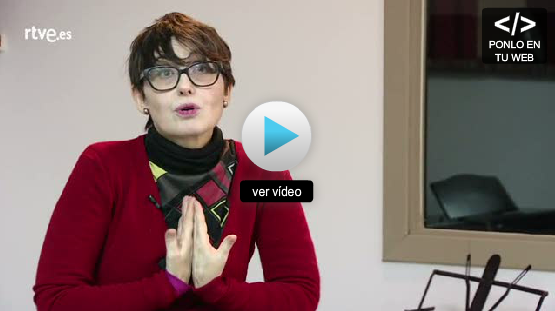 And on the other hand, the share of enthusiastic learners, students and Marc, as Manu, as Jordi or as Carles, also members of the great tribe of rock, restless and curious, uncertain of whom are discovering the most desired gift. Be the first to the hem of Rock. Good guys.

At the origin was … the flute – Marc Galindo, a student of Degree of Rock 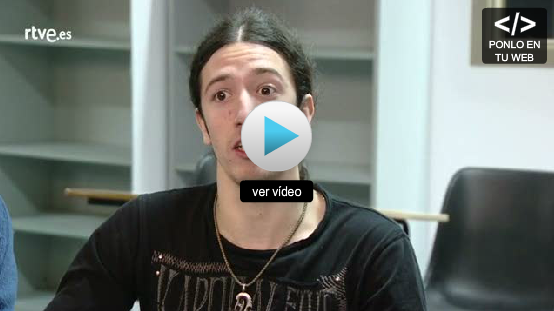 ‘Crónicas‘ travels this week to Barcelona to present the School of Music Jam Session, the first that has managed to launch in Spain an advanced degree or college degree Rock, New Trends and Urban Music. Thursday ‘Chronicles’ premieres in La 2 reportage ‘Aulas to rock.’

The Jam Session Music School of Barcelona opened their classrooms in September, just two months after getting all required permits. The haste and hardness of the entrance test reduced to five the number of students who opened the race. When completion of four courses of the degree, graduates will be the first rockers.

“The rocker takes risks, is not a person to be swayed by the current” explains Luis Blanco, director of the school, the team of ‘Chronicles’.

School Jam Session In the following entrance exams for May are prepared. The next course will be 30 students who begin the journey through this new territory won by the rock.